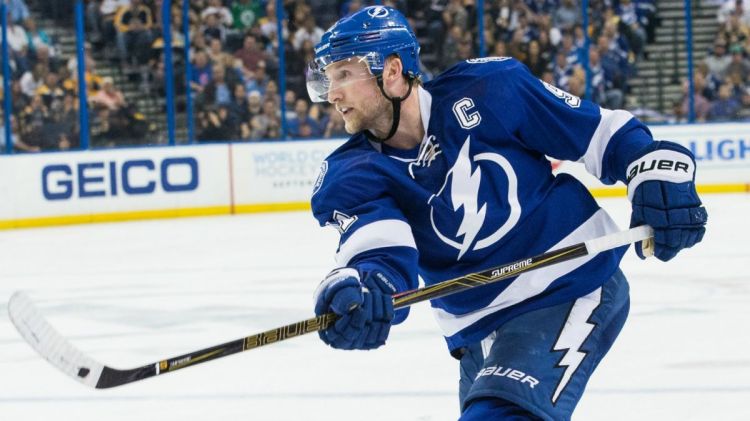 Unrestricted-free-agency (UFA) in professional sports — another variable in a sports fan’s version of a never ending drama and entertaining soap-opera.

Fans have been crushed after seeing some of their favorite star-athletes leave the name on the front of the jersey for another city’s sports franchise, and one that could offer more money to a player than we’d even know what to do with.

Some of the well-paid celebrities who lace up the skates or throw on a pair of cleats go onto live up to the high expectations in their respective sport, while others drown in the pressure and were more than likely overpaid, because “the market was in their favor” at the time.

It used to be a common theme to see some of the all-time greats start and finish a career with one team. Even if they never won a Super Bowl or Stanley Cup — he almost received more praise from a fan-base, because he remained loyal to your city’s colors, and they were dedicated.

Use #McKennasDigest to have your #NHL question answered over my next podcast. #WCOH2016 is right around the corner pic.twitter.com/N9VSnD5D1N

It’s a new era though, and it’s a rare commodity to see athletes retire with the club that drafted them, and once established that former first-round-pick as the face of something almost larger than life itself. Now, it’s considered a career noteworthy accomplishment if one were to finish his pro career with one organization.

Still, there is hope.

Steven Stamkos was drafted first-overall during the 2008 NHL Entry Draft by the Tampa Bay Lightning, and soon blossomed into one of the NHL’s best players the sport currently has to offer. Stamkos headed into the summer of 2016 as one of the most coveted UFA’s in recent memory, and rumors about the Ontario native potentially leaving the Lightning to play for his hometown Toronto Maple Leafs heated up as early as spring of 2015.

The Stamkos sweepstakes plus potential return to Toronto circled and hovered around the team’s captain all season, especially when the Bolts visited the Air Canada Centre. While Tampa general manager Steve Yzerman and NO. 91 had been reportedly negotiating a contract extension from time to time — it seemed that the Lightning weren’t going to have enough money in their pockets to keep Stammer in the Sunshine State…

Leading to more rumors and speculation that it was almost automatic that Stamkos would be skating for one of Canada’s Original Six franchises, that could offer the center few extra million dollars per year – on a long term deal.

Bolts fans dreaded July 1, 2016, but Tampa’s captain had hinted on occasion that he did want to play for a club who was a contender. Still, history shows that professional sports is a business, and that money typically wins out.

To a surprise, and before July 1 could even arrive, the 26-year-old made the decision that he would take less money to play for the Tampa Bay Lightning.

“It’s not often that a player gets the chance to spend his career in one organization and I am hopeful that this agreement sets me on that path with the Tampa Bay Lightning. Most importantly, I look forward to working with my teammates, coaches and our management in our pursuit of winning a Stanley Cup.”

In case you didn’t know, the Lightning have been one of the league’s best teams for the past three seasons, and the future looks even brighter in Tampa now that its captain has remained loyal to the name on the front of the sweater.

An admirable act from a professional athlete, who turned down an opportunity to earn a substantial increase in his salary, and not to mention revenue that would have came from numerous sponsorship opportunities in a Hockey City with Toronto.

“This organization, starting with (Lightning owner Jeff) Vinik and Steve Yzerman, the coaching staff, it’s people that I believe in. I want to win. We’ve been close in Tampa. When I said I wanted to be here throughout the season, I really truly meant that.”

A leader leading by example, perhaps? Putting winning and a team belief before personal gain.

Stamkos was already an ideal image for not only an NHL team, but a prime example of good role model in all of professional sports. The Olympic Gold Medal winner is always humble and well-spoken, in addition to setting the right example in the Tampa community.

By him publicly acknowledging that he has a desire to finish his career with one NHL team and in Tampa — separates himself from other pro athletes that wear the “C” on their uniform.

A leader whose talent can easily be spotted by all, but a unique player who takes care of the little things behind the scenes on the ice while making all of his teammates around him better.

The definition – of what it means to be the face of a franchise.

I applaud you, Steven Stamkos.